“Buying organic food is among the actions people can take to curb the global decline in insects, according to leading scientists. Urging political action to slash pesticide use on conventional farms is another, say environmentalists.

Intensive agriculture and heavy pesticide use are a major cause of plummeting insect populations, according to the first global review, revealed by the Guardian on Monday. The vanishing of insects threatens a “catastrophic collapse of nature’s ecosystems”, the review concluded, because of their fundamental importance in the food chain, pollination and soil health.

“It is definitely an emergency,” said Prof Axel Hochkirch, who leads on insects for the International Union for the Conservation of Nature,the global authority on the status of the natural world. “This is a real, global, dramatic problem.”

“If you buy organic food, you make sure the land is used less intensively,” he said. “There are a lot of studies that show organic farming is better for insects than intensive farming. It is quite logical.” Prof Dave Goulson at the University of Sussex, UK, also backed buying organic food.

Both scientists said people with gardens could also make them more insect friendly. “Things like mowing your lawn not every two weeks but once a year, which is usually sufficient,” said Hochkirch, from Trier University in Germany. “Planting plants which are native to the area is also important.” A major recent study showed the great importance to insects of gardens and allotments in cities.

“Don’t use fertilisers in the garden or pesticides,” he said. “Fertilisers are a really big problem because the dense vegetation they result in means all these species that need more sparse areas decline.”

Some insect species are bucking the global crash, but they are among the small number that can harm humans, Hochkirch said. “Those that are really harming us are not declining, like mosquitoes, which are spreading to other countries and spreading diseases. They are adapted to human environments and also spread by human activity.”

Hochkirch said the most critical large-scale action to help insects was reform of the enormous public subsidies given to intensive farming. “This is the strongest threat to most species. It can only be dealt with on the political level. You need to change the system of how farmers are paid. It is not the farmer who is to blame, it is the system. He has to adapt to the payment regimes of the EU, or US, or wherever.”

The UK’s environment secretary, Michael Gove, told the Guardian: “Insects are fundamental to the health of the natural world and the decline of these vital species on a global scale is deeply concerning. That’s why we are taking action to restore biodiversity after decades of losses.”

The government’s 25-year environment plan commits to improving the status of insects and, after Brexit, public subsidies will be targeted toward public goods, according to Gove’s draft agriculture bill.

“It is very welcome that the UK government backed a ban on three neonicotinoid pesticides last year, but we are still seeing rising levels of overall pesticide use in the UK,” said Sandra Bell at Friends of the Earth (FoE). Government data shows the area of pesticide-treated fields increased by 24% between 2000 and 2016, and the average number of active ingredients applied has risen from 12 to 16 a hectare.

“We really need to set an ambitious target for the reduction of pesticide use and impact,” Bell said. “It is also crucial to put the help in place for farmers to find alternatives. We are not anti-farmer at all.” An FoE petition calling for pesticide cuts now has more than 63,000 signatures.

No reduction target currently exists, but the Green MP Caroline Lucas, Conservative Zac Goldsmith, Labour’s Kerry McCarthy and others are backing an amendment to the agriculture bill that would require a fixed target. Goldsmith said addressing the collapse in insect numbers was vital. “In the real world, this is the story that matters,” he said.

The farming minister, George Eustice, said in January: “We propose to consult on the future of pesticides policy later in 2019.” He said “integrated pest management” was a high priority. “This means not only that pesticides are used well, but that pesticide use is minimised and the uptake of alternatives is strongly encouraged.”” 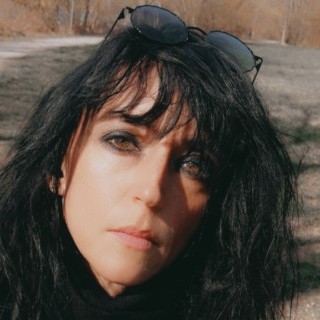 Music gives happiness and freedom 🖤.
#mybodymychoice
Venice 🖤 - different dimension, the place which has to be discovered slowly, with open eyes and heart. The place where you have to lose yourself in small streets, along tiny channels, far away from the crowd. Don't go to Venice just for a one day, this place needs days to be understood.
Our World is Blue 💙 and a healthy life on earth is impossible without a healthy Ocean 🌊!
Leave no trash behind!
May 20 is World Bee Day. On this day we focus on the little insects that are so essential to life on Earth. However, to me, it shouldn't just be one day that draws attention to the importance of bees and their situation. Often when we think of bees, we think of honeybees, which are known as honey producers. In fact, there are about 30,000 species of bees in the world. Almost half of these wild bee species are now considered endangered. Nesting opportunities are becoming scarcer and monocultures have led to a reduction in bee food resources in recent years. In addition, pesticides disrupt bees' sense of direction, weaken their immune systems, and can be deadly.
Close to my heart - Pollinators, Biodiversity, Future of our Children, our Blue Planet 💙💚 🐝 and Women who play very important role here 🙏 .
Home - Lake Constance 💙💚.
🖤💙💚